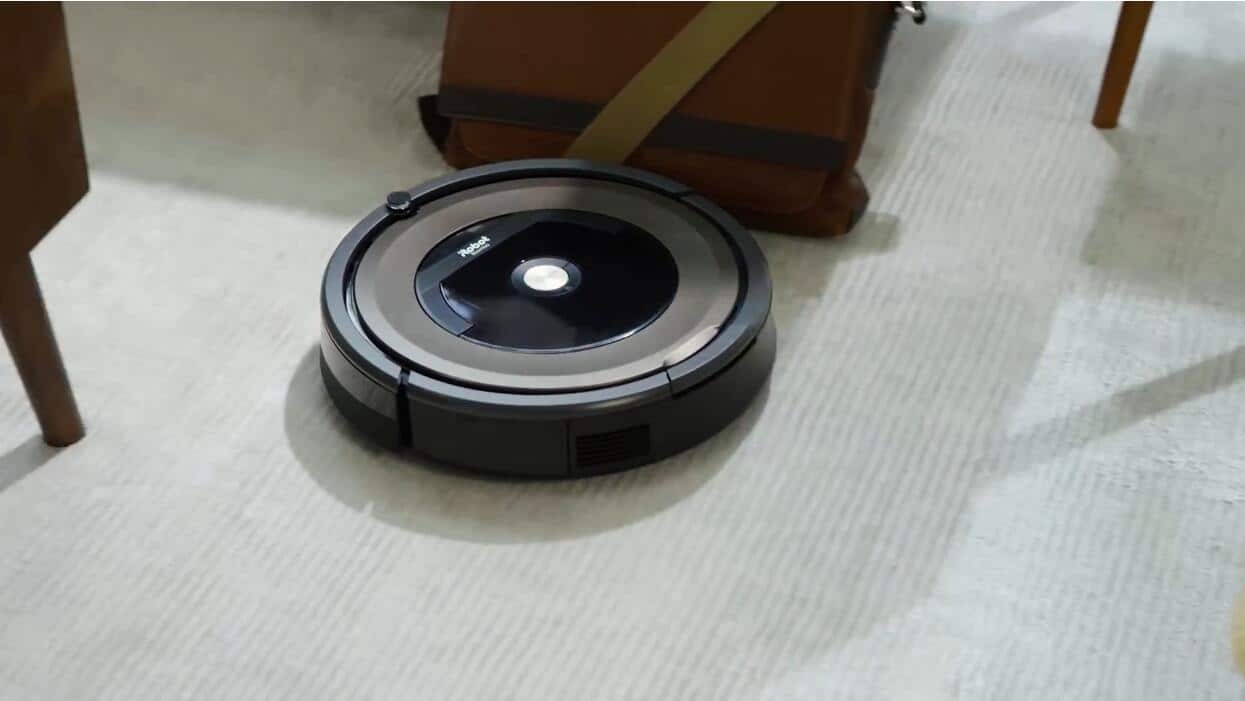 In case you didn’t know it already:

Both Roomba and Shark vacuums are incredible at what they do.

While iRobot was the first brand to start making robot cleaners in the shape of Roomba, Shark has also entered this market in the past few years. With the result that if you want a robot, you now have cleaners from both these brands competing for your attention.

Which is why we have decided to compare Shark Ion 750 Vs Roomba 980.

With both being one of the latest models to come out of the warehouses of their respective brands, both the Shark Ion 750 and iRobot Roomba 980 help us find a solution to the Roomba Vs. Shark debate. Check out their comparison to find whether it’s Roomba or Shark robot which deserves your money.

To find out how both these robot vacuums fare against each other, let us compare their features and performance.

As you might already know, a vacuum’s filtration determines how many pollutants and allergens it will leave in your air. Hence the reason why the Shark Ion 750 is a winner in this regard – as its HEPA filtration system allows it to remove 99.7% of all particles of up to 0.3 microns in size.

In contrast, the iRobot high-efficiency filters of the Roomba 980 can only collect particles of up to 10 microns in size. That means that while the Shark Ion 750 removes 99.7% of all allergens from your indoors, the Roomba 980 stops short at 99%.

Provided you have an allergy or asthma sufferers in your home, you shouldn’t take lightly the 7 microns difference which exists in the filtration efficiencies of both these models. Instead, if you or anyone in your household is allergic to dirt, it is the Shark Ion 750 that you must prefer.

To navigate around your home, both the Shark ION 750 as well as Roomba 980 rely on sensors – those which allow them to bypass furniture, walls, and other obstructions with ease.

While the Ion 750 has what Shark calls “Smart Sensors” – which work exactly the way you’d want them to – the Roomba 980 has “iAdapt Navigation Sensors” helping it evade obstacles. Though different in name, both the sensors perform equally effectively.

On the flip side, neither of the two sensors will be much helpful if you have a dark-colored carpet – as they’ll order the cleaner to bypass it thinking it is a ledge. So, with both set of sensors having similar positive and negative points, there’s nothing to separate both these vacuums in this respect.

Side brushes are little spinners which collect dirt and debris from the edges of the machine, before sweeping it into the center for the vacuum’s extractor to pick it up. Without them, your robot vacuum cannot clean 90-degree corners or along the baseboards.

If you look closely, you’d notice that the Shark Ion 750 has dual-side brushes – whereas the Roomba 980 has a single-side brush. That allows the former to clean the same area in half the time which the iRobot would take to clean it.

That isn’t to mean, however, that the iRobot sucks at its job. Instead, what it does mean is that when provided with two areas of the same size and having a similar amount of dirt and debris, the Shark Ion 750 will be able to do its job much quicker. So you might prefer the shark vacuum for pet hair.

Although you can use them at any time you want, most users of robot vacuums prefer to program them in such a way that they clean in their absence. If you want your potential robot vacuum to do the same, then you should pay attention to the following two features.

First, you should make sure that the vac offers automatic recharge and resumption feature – which is what both the iRobot 980 and Shark ION 750 offer. Otherwise, if your vacuum isn’t equipped with this feature, you might return from office only to find a half-cleaned home and a fully-dead vacuum.

Second, pay attention to your robot’s battery timing as once they are dead, most robot vacuums take around 3-4 hours to get back to life. The Roomba 980 performs better in this area as it lasts 30 minutes longer than the 1-hour runtime provided by the Shark ION 750.

Your robot vacuum has cleaned the entire home. You cannot think of a single area which it might have overlooked during its cleaning tour. All you have to do now is to detach its canister and empty it. What if your vacuum releases you from this duty as well?

In case you think that’s too good a feature to be true, the iRobot Roomba 980 offers exactly that! With its automatic dirt disposal feature, this vacuum keeps on collecting its canister’s dirt in a cup located on top of the vacuum – which you won’t have to empty for weeks!

Whereas, if you select the Shark Ion 750, you’d have to empty its bin in the same way as you used to do with your upright vacuum. That means detaching the canister, carrying it to the garbage can and emptying the contents.

Both the vacuums mentioned in this article have their unique selling points. While the Shark ION 750 tries to attract users by offering better filtration efficiency and faster side-ways cleaning, the Roomba 980is equipped with a better runtime and won’t require you to get your hands dirty to empty it.

Homemadebklyn is a participant in the Amazon Services LLC Associates Program, an affiliate advertising program designed to provide a means for us to earn fees by linking to Amazon.com and affiliated sites.