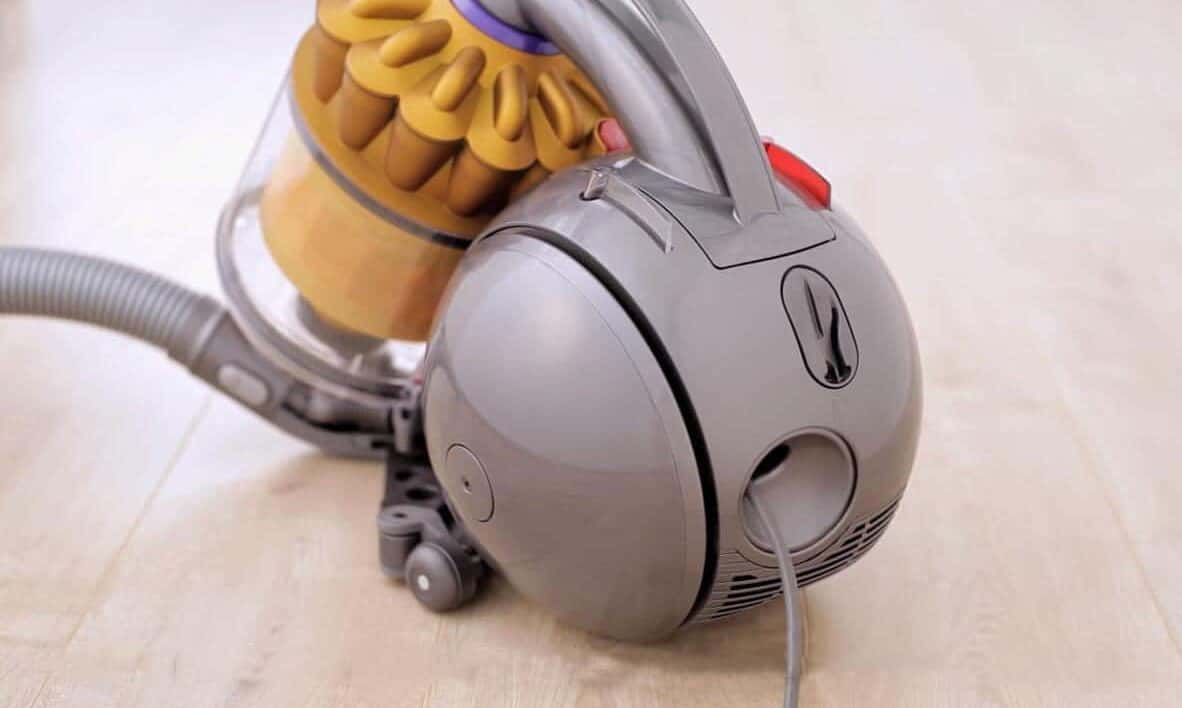 Ever wondered how a Dyson works? Is there something that sets its working principle apart from the rest of the competition? Don’t worry as we have answers to both these questions.

Whether it is hardwoods, carpets or stairs that they want to clean, people all along the globe turn to Dyson vacuums. These models clean so vigorously that from minuscule dirt particles to extra-large pet hair, they make short work of everything that dares to come in their way.

Still, despite being extremely popular – the company has a whopping net worth of $3 billion, most people don’t know much about how a Dyson vacuums work – a question whose answer you’re going to find in this article.

How a Dyson Works?

In case you have used a Dyson before, you’d know that different Dyson models have different technologies to trap dirt. These technologies include Cinetic, dual cyclone, root cyclone, Ball and torque drive vacuums.

Here’s how each of these technologies makes a Dyson vacuum work:

How does Dyson Cinetic work?

Doing away with both the filter as well as the bag, the Dyson cinetic vacuums work by relying on cyclonic suction – which produces centrifugal force to push the dirt particles away from the motor and into the vacuum’s dirt bin.

As the air comes into the top of the cone of the cyclone, it is then forced downwards and sped up in the process. As the air undergoes this process, the dirt particles are thrown sideways – where they hit the vacuum’s wall before falling into the bottom-placed bin.

Moreover, to keep the dirt from clogging up inside the vacuum, Dyson came up with a cunning plan. As the air reaches the bottom, the plastic cone (which has flexible rubber tips) starts to vibrate. That, in turn, prevents dirt and debris from building up inside, thereby solving the potential problem of clogging.

How does Dyson dual-cyclone work?

In contrast to its Cinetic counterpart, the dual-cyclone technology has been around for quite some time. After drawing in the air via a built-in fan, Dyson vacuums with this technology force the trapped air to go into their top drum – where it collides before entering into the bin.

Once inside the bin, the air tends to spiral around, thereby creating centrifugal force. Whether it be a cordless stick vacuum or a canister vacuum, the force of the air is so powerful that large dust particles go out of the air stream and fall into the bin.

How does Dyson root-cyclone work?

Also known as Radial Root Cyclone technology, it is famous for not only increasing the suction power of models which employ it, but it also decreases the number of dirt particles in its airflow. As a result, your indoor air gets safe to breathe-in.

Dyson vacuums which have this technology work by creating cyclones which, in turn, create powerful centrifugal forces. These forces generate more power than gravity, thereby forcing dust and debris off your floor to be sucked right into the canister of your upright vacuum.

Consequently, with no dust and debris in the air stream, these vacuums provide two useful benefits. First, they provide consistent suction power regardless of whether you’re using a corded or a cordless vacuum. Second, the suction power produced by these vacuums dwarfs that of other, non-Dyson models.

How does Dyson torque drive work?

Of all the vacuums Dyson has manufactured till date, those which have the torque drive technology are the most powerful of the lot. Little wonder, then, that if you intend to purchase a Dyson torque drive vacuum, you’ll have to blow a hole in your pocket.

In case you’re wondering, the reason why torque drive vacuums are so expensive has to do with their suction power. Models which have this technology – the V11 series – provide 20% more suction than their immediate predecessors, according to Dyson.

Vacuums which have this technology has a special cleaning head which spins up to 60 times per second. Similar to a powered brushroll, it is credited for deep cleaning carpets and thick rugs. Which is why you’d have to turn off the powered brushroll if you want to clean bare floors.

How does Dyson Ball work?

Though it isn’t the newest kid on the block – it has been here for more than a decade, albeit with continuous improvements – the Dyson Ball technology is famous more for its ease of maneuverability than cleaning power.

That is, because, the presence of the ball allows you to move the vacuum with a mere twist of the wrist. To explain how easy it is to move vacuums which have Ball technology, consider that you have two vacuums – one which is mounted on wheels and the other whose wheels swivel.

Consequently, with less pushing and shoving, you can easily move Dyson Ball vacuums around furniture and corners. As for their suction power, these vacuums rely on the above mentioned Root cyclone technology to trap dirt and debris that comes in their way.

Whether you want to clean hardwoods, carpets or stairs, you don’t need to know how a Dyson vacuum works. Provided you have a corded vacuum, all you need is a power outlet where you can plug it in. Conversely, if you have invested in a cord-free cleaner, make sure that its battery is fully charged and you won’t have to worry. Still, if you’re one of those technology nerds who want to know the reason behind everything, this article should be enough to satiate your inquisitive appetite.

Homemadebklyn is a participant in the Amazon Services LLC Associates Program, an affiliate advertising program designed to provide a means for us to earn fees by linking to Amazon.com and affiliated sites.